Melt Away Anxiety With This All-Natural Tea

Anxiety’s no fun, pretty much by definition. Whether it’s from work-related stress, some less-than-happy personal events, or just that general anxiousness that we humans seem uniquely susceptible to, when anxiety hits it can be all but impossible to focus on anything else.

And the more you focus on your anxiety, of course, the more anxious you get.

Fortunately, there are plenty of natural anxiety remedies that can ease those anxious feelings in an instant, without the extreme effects and dependencies that pharmaceuticals can cause. Make your mind calmer and increase your ability to focus while ridding your body of the physical ills that stress and anxiety can cause, and do it all in the time it takes to brew a pot o’ tea! Here is a great video tutorial on making valerian root tea.

Valerian Root: Easy Anxiety Relief One Mug At a Time 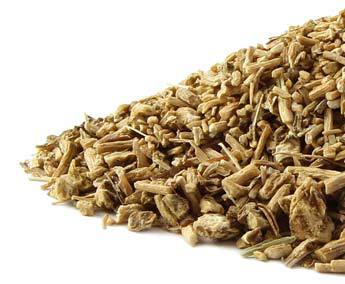 Though it sounds like something out of Game of Thrones, valerian root is about as low-key as it gets. Available as a supplement but most frequently brewed into a tea—a preparation that has been a part of folk medicine for centuries—the root of the valerian plant has long been known for its calming and sedative properties. It’s been used as a sleep aid and to address a variety of mind-body ailments in many different cultures.

Recent medical studies have confirmed the power of the valerian root, too, and a partial explanation for its effects might have been found. Studies in rats found that valerian root extract can inhibit the uptake of certain neurotransmitters—chemicals that stimulate activity in the brain—and thus lead to a more relaxed nervous system that isn’t frantically hitting the anxiety button. With a long history of safe and effective use plus some scientific
knowledge to back it up, we’re pretty confident in recommending valerian root to ease the troubled mind.

Using valerian root tea to tackle your anxiety is as simple as keeping some of the tea on hand—valerian root tea bags are readily available, and you can also find loose “leaf” dried valerian root for bagless brewing or to make your own bland (there are also tons of herbal tea blends that contain some valerian root on the market). Boil, steep, cool, and drink, just as you would with any other tea, except be prepared for increased calm and a more centered self.

Here is a great video tutorial on how to make valerian root tea. 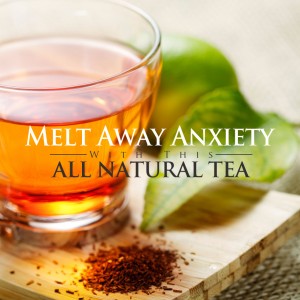 Keep in mind that valerian root is a relatively powerful natural sedative, and too much tea can go from putting your mind at ease to putting you to sleep. Feelings of sleepiness and lethargy are common with valerian root, so start with some small sips of tea and take it slow.

Also, like any other anxiety remedy, valerian root won’t address the underlying cause of your anxious feelings. You might want to consider practicing mindful meditation to help you sort out the stressors that are causing our anxiety—it should lead to more long-term relief.