Are You Making These Juicing Mistakes?

You love how healthy juicing is right?

All the vitamins, micronutrients, and most of the time it even tastes great.

That’s the problem though right – messing up the recipe? You might put a little too much kale in and it tastes like lawn mower clippings.

Or you put in too much ginger and now it’s too spicy to swallow another sip. 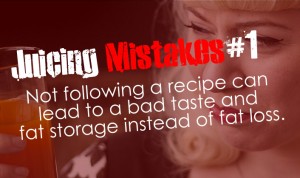 You decide you’re just going to wing it instead of using a recipe.

The reason this is the #1 mistake is because it actually causes a lot of problems – not just taste issues. For example, if you’re not following a recipe how do you know the calories, carbs, or sugar amount?

It’s very possible to to mix a little too much of something or mix two things together that add too much sugar to your juice. Now you’re giving yourself a blood sugar spike.

Too much carrots with too much apples and OOPS you’re triggering the fat storage response in your body.

If you’re not following a recipe you also don’t really know what effects of the stuff your mixing will do for you. There are specific recipes that help with specific ailments. If you’re just winging it, then you don’t know the purpose of the mixture.

There is a lot of benefit to having a specific recipe. 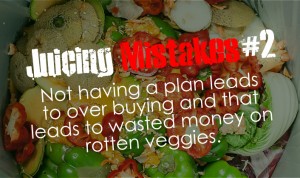 You skip a few days and then all of a sudden you’re not juicing at all any more.

Everyone says juicing is quick, fast, and cheap. However, it’s the clean up that can be a pain in the butt. So you end up skipping a few juices and then you skip a few days. Before long you’re back to drinking whatever you drank before you started juicing.

It’s not cheap either, especially if the fruit/veggies go bad on you.

So many times I’ve reached for one of my juicing items and it had gone rotten. It’s because we over buy or we under buy. If we’re not buying the exact right amount, then there are left overs that go rotten. That’s where juicing can start costing extra money.

I’ve measured the cost of my juicing. Even if I get the best deals, I’m still averaging $2 – $4 per glass of juice. I did figure out an alternative for just $1.50 a glass though.

Alternative To Juicing That Fixes Both Mistakes

I’ve switched from juicing to drinking one glass of basic greens every morning.

It’s cheaper, faster, and way easier than juicing. Plus, it’s got less calories and even more micronutrients than any juice recipe I’ve ever tried.

Just look at their nutrition label…

I just rip open a packet, pour it into a glass of cold water, stir it up, and drink it down. It takes me less than 2 minutes, no chopping, cutting, grinding, or clean up.

If you’ve ever tried a “powdered greens” product before you’re probably remember a nasty muddy taste. Not with Basic Greens. The creator added spearmint flavoring and just enough natural sweetener to make it taste awesome. The spearmint completely masks any of the “green” taste.

Plus, if you mix it with a chocolate protein shake it’s a mint chocolate health snack!

Because it’s cheap, because it’s fast, because it’s rip-open-a-pack-and-stir easy, I do it everyday. Which means it becomes a habit that I stick too. Which keeps me from reverting back to my old habits of unhealthy drinks.

Don’t take my word for it, they give away a free pack (no credit card even needed). Try one pack and I promise you’ll be hooked. This is the best alternative to juicing I’ve ever used. Plus, fixes all the common problems with juicing. 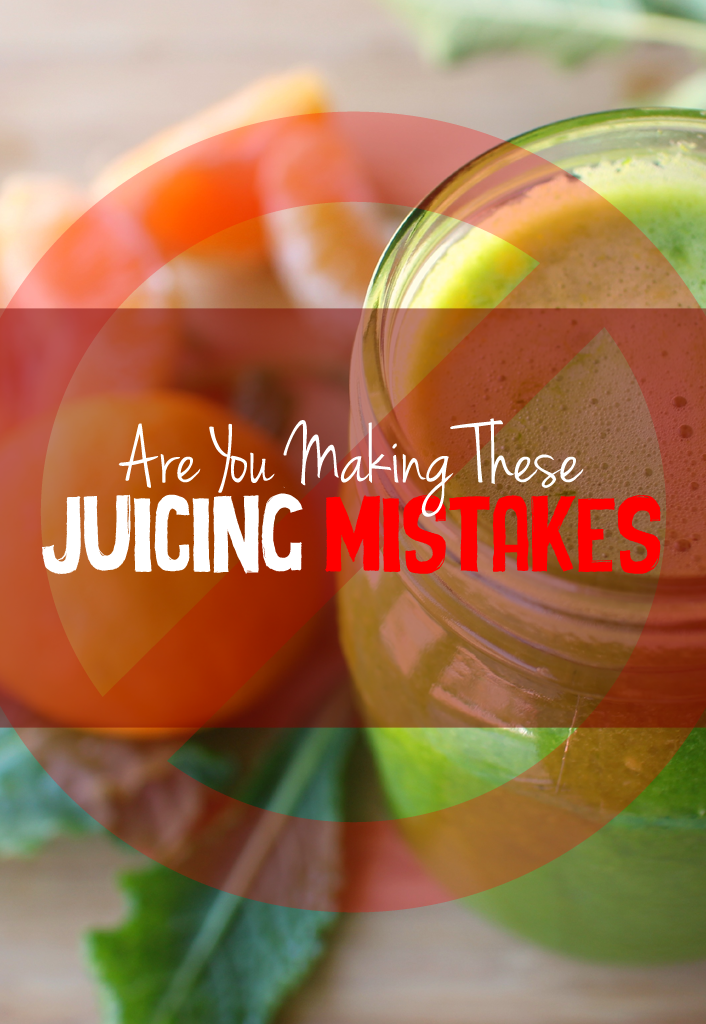